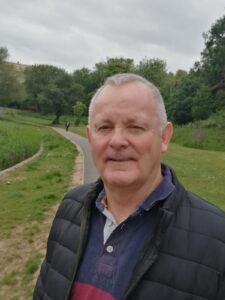 I have sung with the Royal Opera House, Bayreuth Festival, La Scala Milan and other International companies. I have sung with “The 'new' Three Tenors”, taking over from Russell Watson, at the World famous Hacienda night club in Manchester in cabaret evenings and in concerts on the ship the Queen Elizabeth 2.

My teachers have included Alberto Remedios CBE, Joseph Ward and Barbara Robotham, all from the North West. In all I have learnt singing with  8 teachers. We never stop learning about singing, and each teacher has some truth about how to sing properly.

Each teacher has their way of explaining things. Singers and coaches I have worked with in the profession add to that knowledge.

When I was singing in the chorus of Scottish Opera as a student the great English soprano Pauline Tinsley took time to give me a singing lesson on my birthday. She spent the whole time talking about breathing, which was a the best singing lesson as no one knew more about that subject than her.

I have created a singing teaching method which takes from the best of these insights over the years. The foundation is the Bel Canto approach of the old school Italian teachers, such as Manuel García and Mathilde Marchesi.

I sing music theatre, jazz, popular songs, and opera. I teach all styles.

RECENT CONCERTS have been in Prague and at the Frantiskovy Lazne Literary Festival in the Czech Republic. In Liverpool I have recently sung a series of concerts of selections of popular songs, opera and arrangements from the 40s and 50s.

In October I am performing in an Italian concert in Liverpool.

The performance of my opera Nepomuk, took place in Liverpool in June 2018, sponsored by the Arts Council of England.

I am Music Director of the Roundelay Choir in Southport.

I am Music Director of Major Tonic (www.majortonic.com)

a  choir in Liverpool. Our motto is that Singing is good for our Health.

Indeed singing is also about the effect it has on our health. I am also involved with other holistic projects.

I have recorded in Film Sessions in chorus ensemble including

Star Wars, the Phantom Menace, Attack of the Clones, with the composer John Williams in attendance.

Lord of the Rings. Fellowship of the Rings with Howard Shore in attendance (music above autographed to me).

The Prince of Egypt , Hunchback of Notre Dame, As good as it gets etc.

A treasured book inscribed To Barry with best wishes from Joan Sutherland, the great Australian Soprano 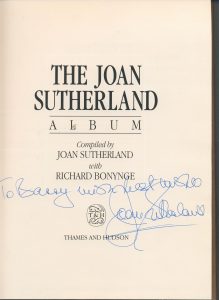 This is a treasured inscription to me in a book for my singing on the sound tracks of Star Wars The Phantom Menace, Attack of the Clones and Revenge of the Sith.

To Barry. With thanks and every good wish.

John Williams. Composer of the film music for Star Wars 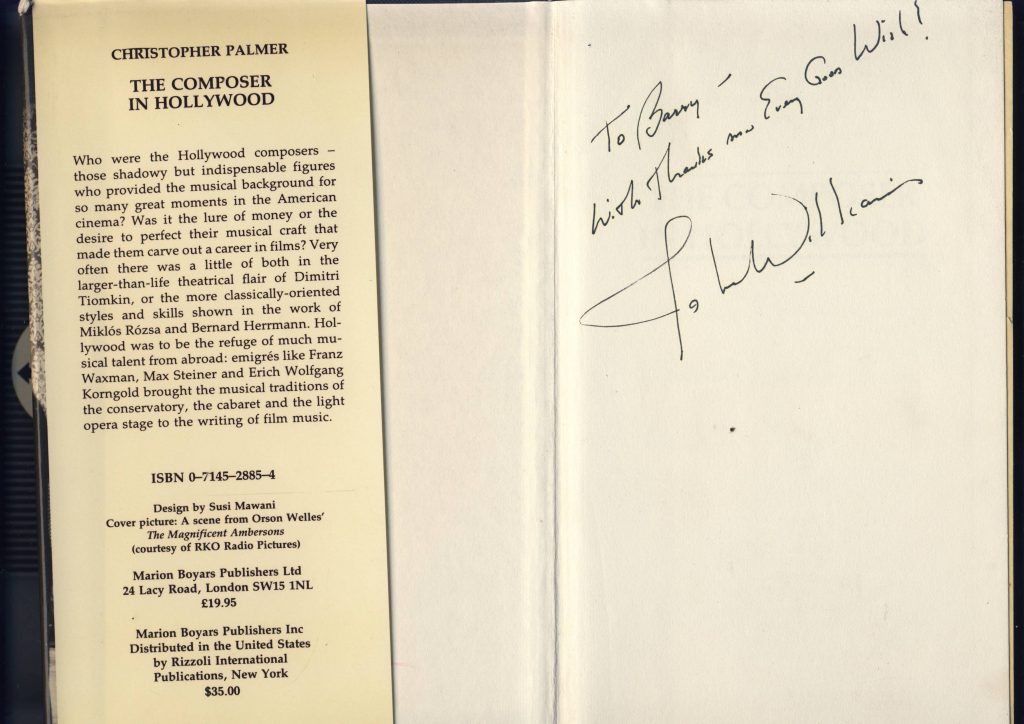 Drop me a line!